As a frequent traveler (and avid window seat guy), I give this clever invention two big thumbs up. When you’re cramped into a window seat, tray table down with laptop out, there is nowhere else to put things like a bottle of water, pens, phone, or a drink. 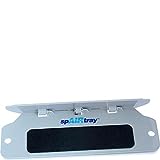 I am always too worried to put an open drink next to my laptop so I gulp down the five sips of soda in the cup and put it in between my legs and keep working.

The spAIR Tray is the niftiest new gadget that solves that problem. It inserts into the normal grooves of the window without causing any damage to the air frame or window pane.

It takes one second to install and has a small tray that gives you extra space to keep things organized. Even if the person in front of you suddenly reclines their seat, you don’t have to worry about items falling off your tray table since they are next to the window. 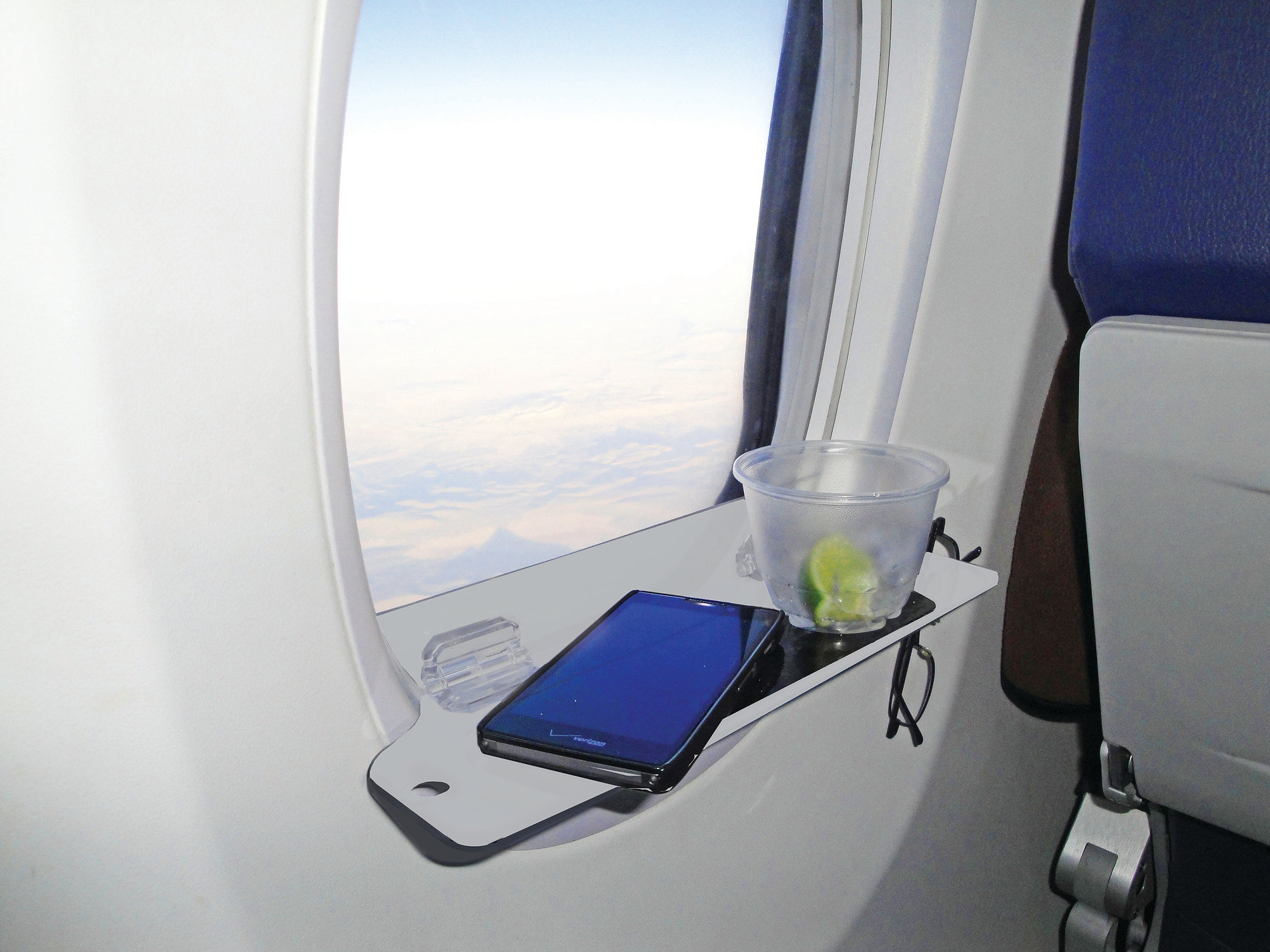 It has a non-slip surface so that there is little jostling of items in turbulence, and there is even a small hole for you to place glasses vertically without being afraid they will fall between the seats (which has happened to me a few times).

The person next to you will surely be jealous of your extra space and the window views!

Even if you sit next to a grouchy traveler that insists on keeping the window closed, the tray still fits into the grooves with a bit of nudging. I was honestly nervous about what flight attendants would say, but the various times I used it in economy class, they never noticed.

When I used it in first class, a few commented on it, but that was it. Sure, there is more space up front, but it still comes in handy.

It surprises me when I see people placing personal items like phones and glasses in the seat pocket in front of them because that is considered to be one of the dirtiest and germ-prone places in the cabin.

The tray is wide enough to work on most commercial aircraft, but I didn’t test it out on the smallest of regional jets or some Airbus narrowbody planes that have smaller windows.

Also, there are some aircraft where misaligned windows mean it can be inconvenient to have the tray down either because it juts into your elbow room or can be disturbed when the person in front reclines. It all depends on the type of aircraft and seat.

Still, this is a go-to gadget that will now always be in my carry-on bag. It retails on Spairtray.net or Amazon for under $25.

Ramsey Qubein is a travel journalist who has visited 154 countries covering the hotel and airline industry from every corner of the globe. His work appears in travel publications and outlets including Travel+Leisure, Business Traveller, Airways, Singapore Airlines’ Silver Kris, US Airways magazine, Northstar Travel Media, Yahoo Travel, and BBC. He serves as the National Hotels Travel Examiner and writes for numerous blogs and web sites. He travels more than 350,000 miles a year and is highly recognized as an expert in loyalty programs, business travel and the luxury travel segment. You can follow him on Twitter at DailyTravelTips or at his website www.RamseyQ.com.
Posting....