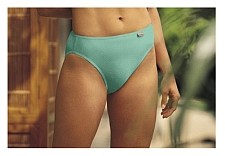 I reviewed the great travel underwear from ExOfficio a shade over two years ago at the old version of this blog, but I’m reviving the subject again because we’re giving away a set of three of them over at Perceptive Travel this month. You have to be a newsletter subscriber to get in on the monthly contest though, so go sign up right now.

Anyway, I’m a huge fan of this travel underwear. It seems like a silly concept until you try them. Why pay three times as much as you would for poly/cotton boxers, briefs, or bikini underwear from Target? Especially if you’re a guy?

Sometimes you have to try something to believe it’s for real, and that was the case with me. I got my first two pairs of these when REI was running a sale on them and I was feeling flush. Several other travelers had been raving about them and they were people I trusted. Now I get it. I’ve since used those same two pairs on 14 different trips and they’re still in great shape. Then I got two more pairs later and I’m pretty much covered in situations where I can do laundry along the way in a hurry.

They’re super-comfortable, so there’s no trade-off by taking these, but they offer so much more for travelers. They’re light and they dry quickly—two key traits when you’re trying to pack in a carry-on. You can wash them in the sink at night and usually have dry undies in the morning. If you’ve got sunlight or dry air, two hours will do it. This is underwear, so it’s worth mentioning these traits as well: odor resistant and moisture wicking. Most importantly if you’re a long-term traveler, they’re durable. I’ve known a few people who alternated a few pairs for a year straight of backpacking and they never had to go underwear shopping along the way. 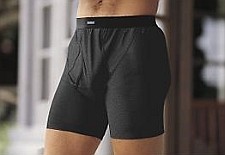 My personal preference is the Give-N-Go Boxer Briefs. These list for $25 a pop, but are frequently on sale for less than that. Magellan’s was recently running a sale with “buy 2, get 1 free.” Briefs are less, boxers range from $20 to $30 depending on the style.

The boxers come in solids or patterns, bikini briefs for men and women are in multiple colors, and you can get undershirts/tops as well from the same fabric. Colors that aren’t so popular often go on sale on the ExOfficio site: right now the spearmint color of women’s bikini briefs is being discontinued, so you can get a pair of those for only $7. A steal.

I know, it’s just underwear, right? But what part of your clothed body is more important? This is a small splurge worth making, or the one time you might want to actually ask for underwear on your gift list.