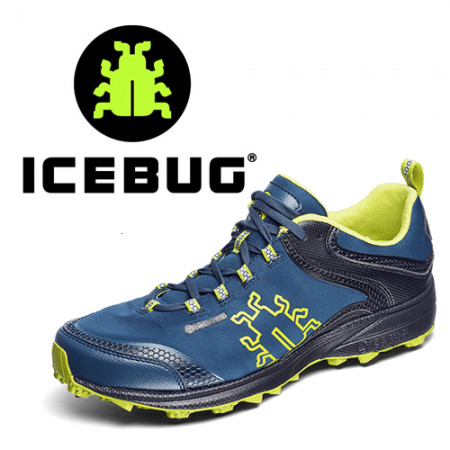 In 1999, a mom – Eliza Tornkvist – and her son, David Ekelund, took a look around their Swedish neighborhood and saw that the winter climate was keeping many of their friends and neighbors from getting out and enjoying the city, let alone traveling around the world. They saw that, and they decided to change it. Thus, Ice Bug, Inc. was born.

Fast forward from 1999 to now, and IceBug has offices in Sweden and the United States, with subsidiaries in several other nations. As the mother-son founding duo will happily attest, however, it’s their shoes that are the real stars. The entire purpose of the Ice Bug line is to get folks out of their homes, offices, or other indoor environment and out into the world. Life, according to Ice Bug, is to be lived, and that can’t be done from the couch! To this end, IceBug, Inc. produces several lines or sub-types of shoes, each designed with a specific ‘adventure genre’ in mind, from simply walking in wet and/or snowy urban environments to extreme adventure sports like trail running in the middle of winter. Of course, to facilitate such goals, Ice Bug’s shoes come with a host of technological advancements you won’t find in other shoes; they also come with one or two sticking points – price and a non-fitness for indoor use chief among them.

The Shoes of IceBug

Now, IceBug sells far too many shoes for a complete review of every product, but I can give you a broad-strokes review of the line itself. For starters, you’ve got two major divisions (other than Men’s and Women’s shoes, of course!): 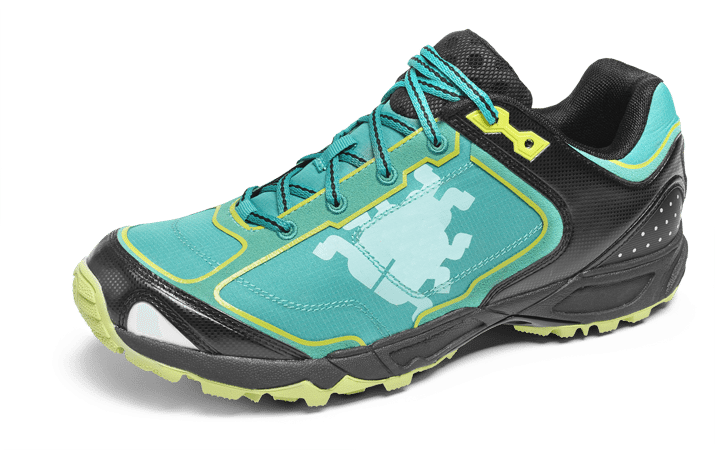 BUGrip: This is their flagship product. They make the soles of your shoes from a proprietary rubber, pepper it with studs, and presto – your shoes now have BUGrip soles. It’s what you use when you need to get around in wet, slippery, or otherwise treacherous environments that don’t involve off-road or non-urban settings. Think city streets in December after a snow or ice storm.

RB9X: RB9X, by contrast, is the newcomer to the IceBug family. Unlike BUGrip, which achieves its traction through the use of carbide steel studs, RB9X – that’s Rubber 9 Extreme to you and I! – maintains its fantastic gripping power via, well, magic. Actually, it’s science and engineering, but it’s also a secret about which the folks at Ice Bug, Inc. are keeping mum with the exception of some charts and graphs that display RB9X’s efficacy in the field.

As for the types of shoes you can purchase from IceBug, both men and women can buy sneakers / running shoes and boots in a variety of styles and functionality profiles, including urban walkers, work boots, and more. While this selection may seem sparse, you need to remember that IceBug’s shoes are about outdoor activity above all else, so even their dress boots are waterproof and equipped with BUGrip or RB9X soles!

One final note before I tell you where to get a pair of your own IceBug shoes: Being a European company, everything is in European measurements and prices, even on the U.S. company website. Conversion tools are provided, but pay attention before ordering to ensure satisfaction! Oh, and be advised, most of their footwear products retail for +/- $180 USD after EUR -> USD conversion.

Now then, to the best part! To get your own pair of IceBugs, there’s no better place than the IceBug website – simply go to http://icebug.com, choose your region, and you’re set! From there, if you must have a physical store to visit, they’ll be more than happy to point you in the direction of one of their brick and mortar location.