If you spend a lot of time outdoors, such as camping, hiking or another type of outdoor adventure, then you know that insects, such as mosquitos, horse flies, gnats and other pests can ruin a good time. However, by purchasing some insect-shield gear, you can outdoor all of your outdoor adventures without the pests.

A range of bandanas, hats, sleep sacks and sleep sheets are just some of the different types of gear you can find to help protect you from insects. Insect shield technology is designed with a line of mesh and even insect repellant.

For example, hats and bandanas are designed with insect repellant in the fibers, which can last up to about 70 washing before less than 1 percent of the repellant washes off. Read on to check out some more examples of outdoor gear made with insect shield technology. 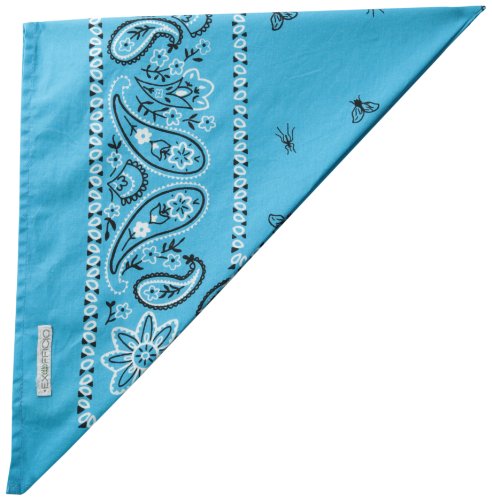 I typed up this review in advance while looking out at the waves lapping on the beach of Tulum, palm trees swaying in the breeze and tropical birds singing in a morning chorus.

But last night I slept under a mosquito net and I have a mosquito coil burning next to the lounge chair I’m in to keep the vampires at bay. At times it’s like getting dive-bombed.

Fortunately, I’m armed with a whole other arsenal of weapons, including some clothing with insect protection built right into the fabric. ExOfficio has for years had a line of Buzz Off products that were treated with built-in Permethrin, but this InsectShield line, (now called BugsAway) is even more durable, lasting 70 washings before the 0.52% of repellent wears off.

It’s invisible, odorless, and—in my experience quite effective. You still have to spray something on exposed skin though, as this will only protect what it is covering.

Mosquitoes flying around your legs and ankles are annoying enough (a good reason to wear someInsectShield pants), but it’s even more maddening when they are flying around your head. That buzzing in the ears is enough to make some people flail around like a dancing lunatic and walking around with bug bites on your face is never fun.

Fortunately, you can protect your head or neck for only $12 with the ExOfficio InsectShield bandannas. They come in a variety of colors and each has little mozzies on it so you don’t get it mixed up with a plain bandanna.

Any long-term traveler learns that the bandanna can be a great double-duty item too, working as a head cover, sweat rag, impromptu napkin, valuables holder, and more. 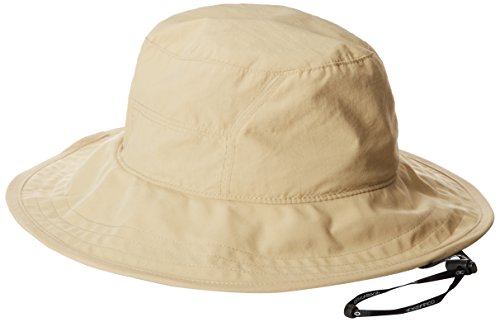 Then there’s this InsectShield Adventure hat, which I’ve been using for six weeks now. There’s nothing even slightly fashionable about this hat and I’ll admit it’s probably not the kind of thing you want to wear while posing for photos.

It’s a floppy hat that will protect you from the sun and from bugs and only weighs two ounces though, so function wins out over form. It knows its job and does it well, not really caring if you look cool or not. (Hey, at least the chin strap is detachable.)

If you’re going to be in hot sunny places for a while, you need a wide-brimmed hat anyway, so get this, the bucket hat, or the Cotton Sun Bucket model and keep the mosquitoes at bay at the same time. If you don’t mind being a redneck, you can get a baseball cap one instead—or that with a flap coming off the back to cover that neck.

Sleep Sacks with Coolmax and InsectShield

Besides a backpack, there’s one specific item separating the long-term shoestring traveler from the vacationing tourist: a sleep sack. Sometimes called a sleep sheet or travel sheet, it’s a staple of travelers who won’t be finding 600-thread-count Egyptian cotton draping the next bed where they will spend the night.

When the place you bed down costs less than the guests at the luxury hotel tip their bellman, you need a sheet of your own that will come between you and the mattress you can’t fully trust.

I’ve been checking out two just-introduced sleep sacks that are leaps and bounds beyond what I carried with me on three trips around the world, however, Modern technology has transformed the lowly travel sheet into something as comfortable as it is functional.

Here’s the rundown on ones from Cocoon and Sea to Summit. Either one is a great choice. You get something lightweight and easy to carry that is also comfortable. The big bonus though? Both have built-in InsectShield protection, so you can doze off in a cheap guesthouse without first slathering yourself in DEET.

The Sea to Summit Coolmax Adaptor with InsectShield weighs in at 8.6 ounces (244 grams) and stuffs into a slightly smaller pouch than the Cocoon InsectShield Safari sheet, which is 10.8 ounces (305 grams).

The Cocoon one has slightly thicker fabric, which isn’t necessarily a bad thing. Each stuffs into its own little sack. After stuffing, the sack is like a Nerf football without the tapered parts at the end. The Sea to Summit sack has a little carrying or hanging handle, while the Cocoon one is vented on one side to allow moisture to escape. Both have a cinch strap at the top.

The fabric of these sheets is 100% CoolMax, the wonder stuff that wicks away moisture and stays cool against your body. You can sink wash it and know it will dry in a few hours.

It feels like your favorite t-shirt or nightgown, but it won’t get soaked with sweat and stay that way. My daughter liked the Cocoon one so much she curled up on the couch with it and then took it to bed to sleep in as well for several nights. A good sign.

You can find a lot of sleep sheets and sleeping bag liners with those first two attributes. The real kicker with these new models, however, is the introduction of InsectShield. That’s the permethrin-based repellent that’s built right into the fabric. No smell, no fumes, no effect on your skin.

But you can wash the fabric at least 35 times without it losing its effectiveness. I’ve used ExOfficio clothing with this stuff in it and have significantly reduced the amount of DEET I had to apply. Sleeping in this product would give you an added layer of protection in areas with lots of mosquitoes. There’s even a little hoodie flap you can pull over your head.

This is great all-around for long-term travelers and those staying in hostels, but naturally you could use it for camping trips too, either as the only thing you’re sleeping in or as a sleeping bag liner for an additional layer.

See more on the Sea to Summit Adaptor page and the Cocoon USA website. Expect to pay somewhere between $45 and $55 for these InsectShield versions, a bit less for a straight Coolmax one.

If you’re staying in fine hotels with fluffy duvets, you probably don’t need a sleep sheet, but if you’re sleeping in cheapo places on a budget—or sleeping in a hammock—they can be an essential item to pack. Cocoon has a whole line of these things out, all meant to be stuffed into their own sack, but this new one I’ve been trying out is made of silk and treated with InsectShield.

A sleep sack, also known as a travel sheet or “mummy liner,” can be a useful piece of gear to have on the road. It protects you from whatever nastiness is in or on the mattress you’re subjected to in cheap guesthouses, hostels, and second-class sleeping berths in trains.

It allows you to use that blanket with a questionable laundry history and gives you something less scratchy to put next to your body.

If you sleep in a hammock in the wilderness, a travel sheet also provides a layer of warmth and protection. In either case, the Insect Shield treatment will help keep the mosquitoes away without you dousing your whole body in DEET. In North America, that means fewer bites on your body. In much of the world, it can mean another layer of protection against malaria or dengue fever.

This sleep sack can technically be washed 35 times before it loses its effectiveness. Really though, these things have to have a specification lower than clothing, even though both go through the same rigors.

So assume that’s the minimum number of wash cycles and it’s probably more akin to what they can advertise for pants: 75 washings. Who washes a sleep sack that many times before they wear it out? Nobody I know.

The sack this goes into for packing is about 1/2 the size of the warmer safari bag one I reviewed two years ago. It’s about the size of a small bottle of bottled water. It weighs in at just 160 grams.

Unfortunately, the Cocoon brand is based in Austria and the company is rather shy about telling you where can find their products. Pulling up the USA/Canada selection gets you just an e-mail address.

You can find it at Amazon Japan, but not at the U.S. or Canadian site. Paragon Sports and Backcountry carry the version without InsectShield, but not the one with it. So try back on those if you’re reading this later. For now, if you see a Cocoon display at your local outdoor retailer, see if they have this version or can get it.